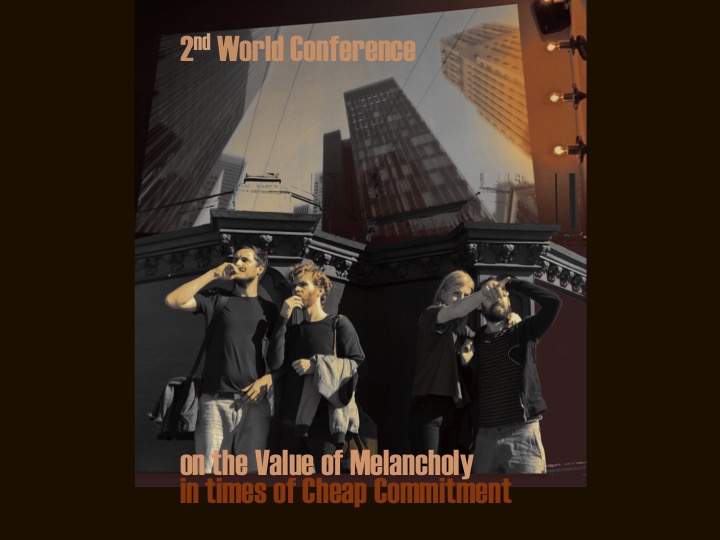 Robert Burton published the first edition of his magnum opus ‘The Anatomy of Melancholy’ in 1621. His aim was to write a definite and comprehensive study of the meaning of melancholy. His book promised to explain ‘.. What it is: With all the Kinds, Causes, Symptomes, Prognostickes, and Several Cures of it. In Three Maine Partitions with their several Sections, Members, and Subsections. Philosophically, Medicinally, Historically, Opened and Cut Up…’. What looks at first sight as an exhaustive analysis of melancholy as a disease to be cured is in fact much more. Burton uses melancholy as a perspective to inquire into all human emotions and thought. In that sense, the Anatomy can also be seen as a total encyclopaedia of the human condition of that time.

Our modern times may now inspire us to re-read that meaning for the contemporary human condition, although not through a systematic re-interpretation of the encyclopaedic classes and categories, but on the basis of one simple idea….

In this vision, the ‘end state’ of melancholy is still aesthetical consolation. But that state is not passive, as it arises from an ethical demand. In its recognition of the intrinsic ambiguity of human interaction and of the inherent complexity of social organisation and coexistence, it is an intellectual withdrawal from the delusion of grandeur of a society obsessed with rationality, security, efficiency, predictability and competition. In its disdain for complacency, it is a consolatory practice of leaving the comfort zones constructed around strategies of conformism, positivism, populism and profitism. But as an active state of resignation, melancholy is not evasive. Its decadence is in the eyes of the conformists. Layered on reflexivity as an ethical experience, it feels the anger towards the detached. And as a meta-state of concern, it is aware of the fragile potential of intellectual solidarity among the capable, and of the melancholy of the capable as vulnerable.

Melancholy is practicing the aesthetics of imperfection, decadence and uncertainty, although with a constant awareness of – and care for – the possible of human possibilities.