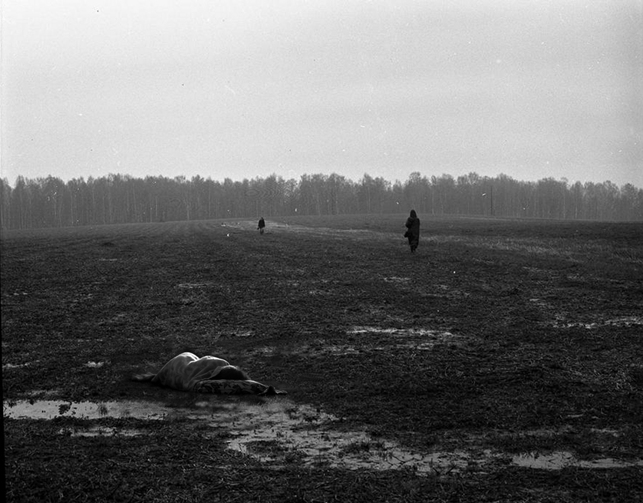 The fate of activism through art is that, in order for it to generate controllable social or political effect, it would need to become social work or politics itself. On the other hand, the artistic act of critical withdrawal will eventually appeal to a non-conformist audience, but it will not bother those cynically detached subjects of critique. The ‘impossible position’ of artistic activism is not that of a dilemma between withdrawal or contribution; it is that of a dwelling in a twilight zone between those two positions. In a constant awareness of the conditions and implications of agency, it is a state of hyper-reflexivity that, at the same time, also works as a ‘critical mirror’ towards the cynically detached. As a deliberate state of engagement and an active state of resignation, that position at the periphery of the artist’s comfort zone is also ultimately melancholic.

See the slides of the introductory lecture here: the-politics-of-ambiguity-27-may-2016-gaston-meskens

Questions for the discussion:

“… If politics have become performative, so too has knowledge – in other words, you have to share what you know. Researchers and scientists who feel a sense of political urgency to disseminate their findings might use the skill sets of symbolic manipulation and performance in order to get their message out. Similarly, we find numerous artists and collectives who deploy aesthetic strategies to spread their message. For example, Ala Plástica’s research‐based environmental activism focuses on the damage caused when a Shell Oil tank collided with another cargo ship in the Rio de la Plata. Over 5300 tons of oil spilled into this major Argentine river. Using photography and drawings, and working with local residents to conduct surveys, the collaborative deploys techniques of socially engaged art in order to bring this issue to light. …”

Q         What is critical socially engaged art ‐hereafter called activist art –and how does the presupposed political function of its ‘aesthetic strategies’ works within and outside of the artistic realm?

Reflecting on the art practice referred to in the text fragment above, one might wonder why this example of socially engaged artis characterised as art and why and how this artistic intervention is then different from ‘normal’ activism. While today more and more artists profile themselves as social worker or as political activist, the question of what the ‘added value’ of activism through art would be remains largely untreated. The argument that motivates this text and dialogue initiative is that reflecting on that question and formulating answers to it is relevant, as well for art as for political activism as such, and this not only for the example referred to above, but also for other contexts (countering social and political oppression of women and minority groups, acting against social and ecological exploitation by big corporations, revolt against political or religious dictators, questioning the justification of risk‐inherent technologies such as genetic modification or nuclear energy, …). In other words: the discussion on art as activism is not exhausted yet. On the contrary. The following reflections may suggest in which way and for what reasons that discussion is still relevant.

>>       As suggested by the text fragment, also scientists and politicians apply techniques of ‘symbolic manipulation and performance’ to underpin and strengthen their messages. However, in the case of science and politics this practice would by definition be considered as suspicious while in the case of art it isbydefinition not. On the other hand, while science, politics and art may formulate arguments about the same reality, the example suggests that art, in the interest of its case of concern, wouldalso need to be ‘objective’ to a certain degree in order to make a ‘credible’ and appealing point.

>>       The local residents living around the Rio de la Plata see the artist’s work (the photos, drawings and surveys) as a tool that would need to help them in their fight for justice with respect to the pollution that endangers their health and the environment. For the artist, the produced work obviously also figures inthe own art practice. It is part of what will become a ‘documented performance’ of which the documentation will end up in portfolios, art exhibitions and art books. Very seldom, this kind of documentation mentions in which way the artistic intervention has actually contributed to challenging and eventually solving the social issue; a concern that is essential for the local residents.

Q         To what extent is the activist artist co‐responsible for the pursuit of social justice in the specific context of critical engagement? And when does the artist, in that engagement, transgresses the boundary between art and politics? What is that boundary?