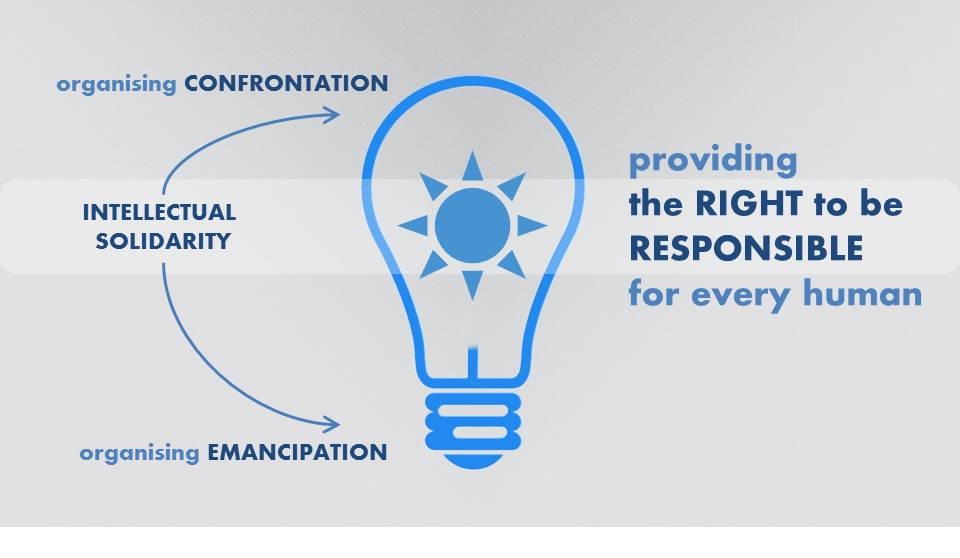 Since last year, I moderate a discussion about human rights among an international network of NGO’s. The discussion is part of an initiative that was taken on the occasion of the United Nations world summit on sustainable development as an answer to the lack of fundamental political attention to the importance of human rights as a criterion for sustainable development[1].  More than one year after Rio+20 and on the occasion of the opening week of the United Nations General Assembly, it is time to look back on that discussion and to look forward to how human rights will be taken up in the post Rio+20 process. Here in New York, there’s more than the case of Syria or Iran on the agenda. Politicians, the private sector, scientists and NGO’s also gathered to debate a policy process for sustainable development that should replace the millennium development goals initiative from 2015 on. A focus shift from concrete goals to a ‘vague’ process that aims ‘to care for sustainable development’ is not necessarily a negative move. It may also offer an opportunity to reflect on a new vision on human rights: a vision that would not only have the potential to effect well-being, environmental protection and fair markets, but that would also complicate a simply passing on of responsibilities from one to another. In this short text, I can only sketch the idea. I invite you to reflect on it and provide feedback.

The societal challenges are complex: people have different visions on what should happen, but also on what actually the problems are. Not only is the knowledge that can be used to reason about these problems ‘coloured’ by uncertainties and unknowns, we also have to accept that, even if we all would see a problem the same way, then opinions on solutions can still be different. Therefore, in light (or darkness) of the complex, the uncertain and the unknown, the only principle that remains is the principle that every human being would need to have the equal right to contribute to making sense of ‘what is’ and ‘what ought to be’. The right to be responsible in the interest of sustainable development and humanitarian well-being translates as a joint engagement to create possibilities for every human to be responsible, and thus as a care for participative democracy, self-critical policy supportive research and accessible and pluralist basic and advanced education. Intellectual solidarity as a synergy of care for intellectual emancipation (rights) and intellectual confrontation (responsibilities) will make the weaker more resilient and actively responsible, and will confront the powerful (the company, the nation state, the cultural guru) with their rationales used to preserve their own power positions.

The right to be responsible can, as principle, as well inspire the way we locally live together everyday as it can instruct markets and politics at the global level. To illustrate this, I sketch (although too brief) three examples of a different kind. (1) There is nothing wrong with expressing a religious or cultural belief through a specific ‘dress code’, but in a culture that prescribes more stringent codes of behaviour for women than for men, a woman’s ‘right to be responsible’ is limited, which implies f.i. that she cannot freely choose for herself to wear a headscarf or not. (2) There is nothing criminal about burning coal, oil or gas for energy production. But in the climate change debate, now blocked by a north-south stalemate and national protectionism, the right to be responsible would need to be passed on to those who produce and consume the energy: the different sectors (energy, agriculture, transport, industry) and the citizen. (3) There is nothing wrong in principle with thinking in terms of economic profit. But the current seeds politics of Monsanto deprives the local farmer of the right to be responsible for sustainable food.

This vision inspires the discussion text I drafted for the dialogue on human rights within the NGO network. The (apparently) radical point of departure did appeal to many, but also disturbed many others. Critiques went from ‘intellectually imperialist’ over ‘too academic’ to ‘plain naïve’, with the additional claim that there are more urgent issues to tackle, being there climate change, poverty and the financial crisis. It is true that these problems need action that cannot wait until a new era of enlightenment has come. On the other hand, we understand that sustainable development is as much about tackling misuse of power, poverty and disordered socio-economic systems now as it is about providing humans with capacities to stand stronger against power and to take care of themselves in these socio-economic systems in the future. Therefore, in the darkness of complexity and uncertainty and in light of pluralism and tolerance, the idea is that the principle of ‘the right to be responsible’ for every human being would be the only meaningful point of departure to speak of human rights today. Meaningful, as the principle inspires concrete change in how we organise democracy, scientific research and education, but also because it cannot be misused by politics or the market. The ‘right to food’ can still be strategically incorporated in the oppressive and exploiting seeds politics of Monsanto, while the ‘right to have a political voice’ can still be strategically interpreted by populist and authoritarian politicians as giving citizens the right to elect a politician who then, from a detached position, can speak in their place, instead of as the right to real participation in concrete cases of societal interest.

Meanwhile, it remains difficult to put human rights at the centre of attention of the political agenda, especially because it becomes more and more clear that the millennium development goals will not be met. Rather than motivating concrete action, the MDG numbers and deadlines have stirred political and economic actors to take position and strengthen the ratio of their own stake. An agenda that should have set off deliberations on transition paths ended up as a work plan of negotiating excuses of why we would not get there. Advancing from the principle of the equal ‘human right to be responsible’, human rights need central attention in global sustainable development dialogues and negotiations, not only in the interest of a livable earth and a fair global market, but also because it would create global and local possibilities to jointly reflect on what we find important in daily life. Also as a resistance to the fixation on ‘green’ economic growth as the so-called motor for sustainable development and humanitarian well-being, people here in New York and all over the world cooperate to bring human rights from the periphery to the centre of political attention. Join us and share your comments and thoughts with us.

Read more about the project The Possibility of Global Governance at http://www.the-possibility-of-global-governance.net/.