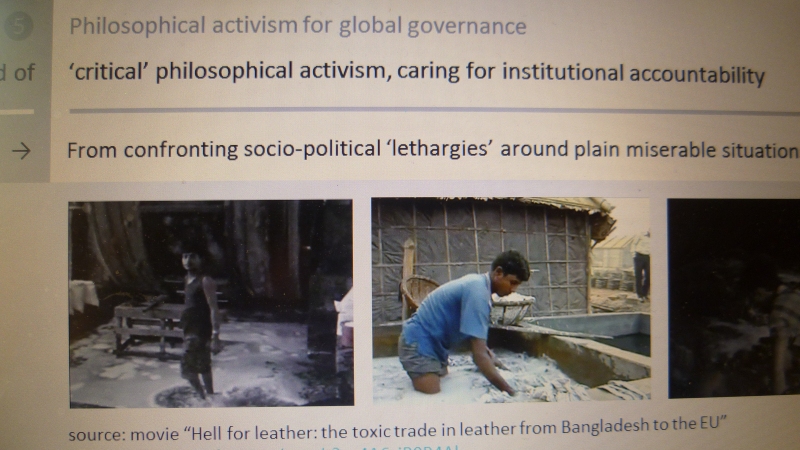 What is philosophical activism? What makes philosophy philosophical activism and how does it relate to the general notion of philosophy? If the ‘love of wisdom’ motivates, as it is said, a critical systematic approach and a reliance on rational argument, under what conditions is this critical stance to be considered an activist stance? How does an activist stance affect the rationality and credibility of arguments?  And why, in general, should philosophy (not) be considered activism as such? Answering these questions implies not only reflection on the subject of the philosopher’s argumentation, but also on his motivation therefor and on the character of the fields and places where he seeks rapprochement and confrontation…

Philosophical activism is a concept I introduced in the context of my research on global governance. Some time ago, I proposed the Centre for Ethics and Value Inquiry of the University of Ghent to organise a series of workshops under the title of ‘Philosophical Activism’. The event that kicked-off this series was held on the 15th of February 2013. See the programme and the presentations here.