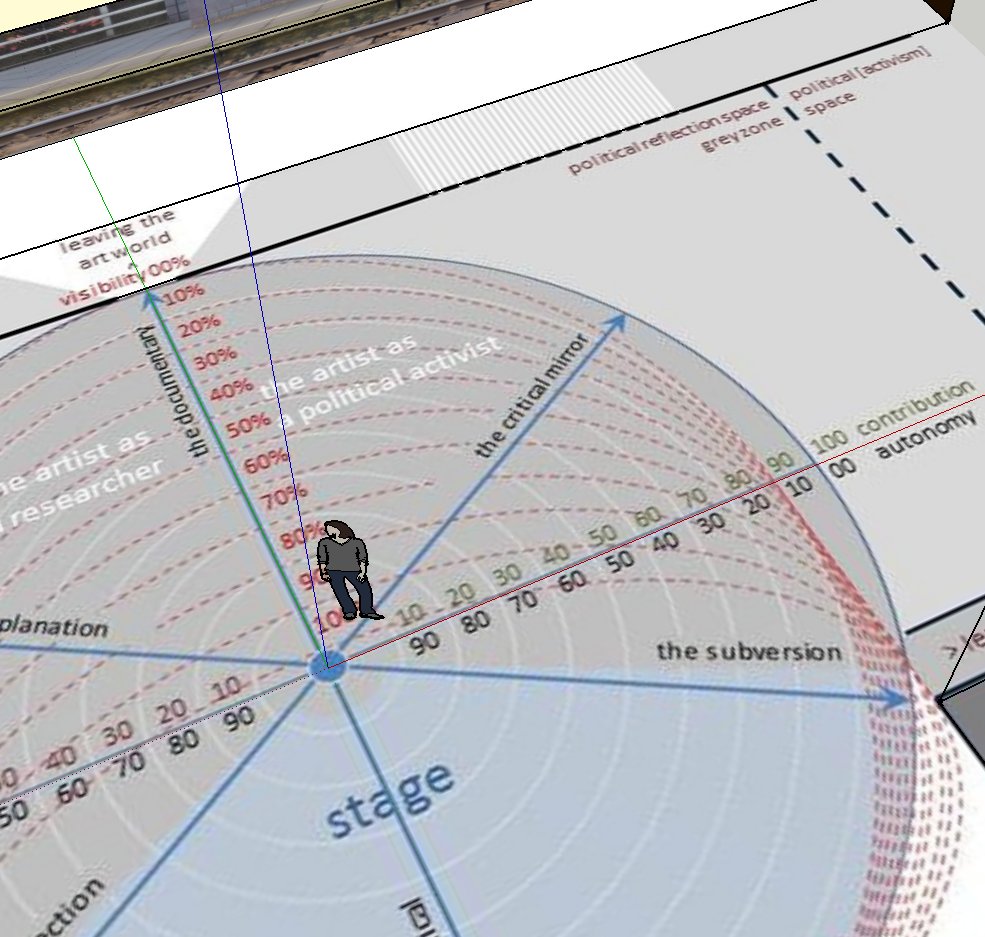 A reflection on art as activism today

Has art as political activism reached its limits, sterilised as it seems to be in a mediatised society stressed by hyper-connection, total visibility and cynically appropriated freedoms of speech? And what can be retained from its original subversive potential for current on-going processes of democratisation and emancipation?

This lecture done at the Rijksakademia Amsterdam on 12 May 2012 inquires into what artistic agency in the form of political activism can still mean today. It does however not have the ambition to ‘compare’ the agency of politician with that of the artist, and this for the simple reason that ‘credibility’ is not a relevant concept for the artist’s functioning in society: the contemporary artist is not elected, does not need to be objective and has nothing to prove. However, a (self)reflection on contemporary artistic activism may not only be interesting for art as such but essentially also for the political that finds itself confronted with the impossibility to reduce arguments on complex socio-political issues to simple ratios that would primarily serve its own legitimacy constructed around its own truths and identities. In doing a “self-reflection on agency” in the form of an art practice, art could thus keep up a ‘critical mirror’ in front of politics; a mirror that shows the ambivalence of political positions and unveils the problematic character of eventual strategic misuse of this ambivalence

The lecture argues that this ‘avant-garde of deliberate self-relativisation’ is actually the only possible route for art as activism, and that its subversive and emancipating potential is in the way it can undermine the comfort of polarisation that marks contemporary politics rather than to choose side in that polarisation.

Check the visuals used in the lecture > here < .